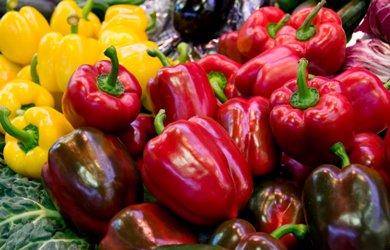 According to Polish Analytical Center of Customs Administration import of sweet pepper in years 2005-2009 was in upward trend. However the preliminary data on import in first six months of 2010 shows that this tendency changed. In this period import of sweet pepper amounted to 19.6 thousand t and it was lower by 12 % than in corresponding period of 2009. Despite the decreased in import volume the value of imported pepper increased by 12 % to 34.4 million euro. It was due to huge increase in import price of the product  - by 30 % to 1.82 euro/kg.
Spain (50 %) and Holland (24 %) are main suppliers of sweet pepper to Polish market.

Source: fresh-market.pl (gs) on the basis of data of Analytical Center of Customs Administration