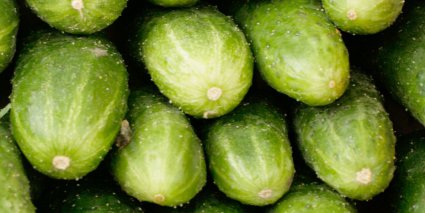 Currently, these vegetables are offered in Polish big wholesale at prices ranging from 1,98 to 2,33 EUR/kg, depending on the region of  Poland and the quality of goods. This is very expensive, even taking into account the fact that we are already in the middle of November.

At the beginning of November, the prices of greenhouse cucumbers in the Polish large wholesale market were at the level of 1,40 - 1,63 EUR/kg, i.e. on average 30 per cent lower than at present. A month ago the average selling price was 1,05 EUR/kg, i.e. 51 per cent less than now.

The current prices of greenhouse cucumbers in Poland are higher than in the same period of previous seasons. Even since the record high prices of December 2016. All because of the very low supply of these vegetables, which cannot be significantly improved also by imports. As a consequence, although imported cucumbers are cheaper (currently offered at 1,40 - 1,63 EUR/kg), their limited supply was not able to stop the increase in Polish cucumber prices. This was not a surprise for market participants, as we've seen  problems with supply during this season on and on. In the current season, a significant number of growers ended the season faster, selling this year's crops and starting work related to the new season.